skip to main | skip to sidebar

I've finally had 20 (ok, more like an 60…I'm a slow typer) minutes to sit down and let you know whats going on about all things Ma and assorted other goodies, such as Outhouse, Dice Factory and Redsnapper.

Ma will be releasing our second album - 'The Last' on the 22nd of January, 2011. We'll be hosting a big party at the 'Stoke Newington International Airport' along with Wart biter (Colin Webster's project with Led Bib alumni) and other acts. More details can be found on my website www.tomchallenger.co.uk and www.myspace.com/tomaschallenger. The mighty Gravid Hands will be releasing our album, and you can find more about them here: www.myspace.com/gravidhands. We also recently played to sold out audience in the Vortex during the Jazz Festival alongside Decoy and Big Cat. Wicked gig. Thanks to all who were there.

Outhouse just recently finished the tour mentioned below. It was a wonderful affair, complete with the shenanigans you'd expect from the group! Everyone who hosted us, as well as those who came to see us were fantastic. A special highlight for me was the (still amazing!) reception we had in Toulouse. That town rocks. On the last day, having finished our previous concert in Nante at 1.00 AM, we awoke at 4.30 AM (!) to fly to London to do a concert and a BBC broadcast of our new material released on the new album (coming out on Babel Label) - 'Straws Sticks and Bricks', I then went on to sandwich a Ma gig at the Vortex with a Redsnapper Gig at Koko's.

Redsnapper will also be releasing a new album in the new year, and the news of this has been accompanied by great concerts in Holland, the UK, Russia and Greece. All were amazing affairs, although I hope to god stuff gets better in Greece. The people were once again amazing, however, prices for tickets were extortionate. Is this really fair at the moment? I hope some people who read this may realise that paying the amount they do (when a lot that is!) for gigs is NOT on….

Dice Factory will be recording an album in the first quarter if next year. Stay tuned here and on the Website for more info!

Right. Next post will be other than catch up nonsense. I promise! Bring on the rants!

Posted by Tom Challenger/Brass Mask at 10:46 No comments:

It's been a while since updating here - here's some news!

* My new website is up and running! you can hear tracks, read things and buy albumsat www.tomchallenger.co.uk
* All my tracks are available to buy at www.muvolution.com (if you're of the digital persuasion) including my duo album with Tom Rogerson (of Three Trapped Tigers)

***Outhouse will be touring selected parts of Europe (with Hilmar Jensson!), with our new album - Straws, Sticks and Bricks - in our suitcases ready for presale. 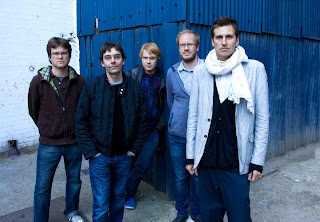 ***Redsnapper are back baby! We've some European dates, and be sur
e to look out for our show in London on the 20/11/2010.
This is for starters....there are 2 new albums of music going to be ready for download/limited release soon...watch this space!
Posted by Tom Challenger/Brass Mask at 01:08 No comments:

New releases...New things to be released...

Just a quick note to let you know about a new release coming from my back yard:


So thats the press! It's been released on Mini Loop Records and is available on Limited Edition CD and through MP3. You can contact me (tomchallenger@hotmail.com) for all of that. All for fiver plus shipping.

Also, to let you know that the new Ma. album is making it's way swiftly through the editing/mixing/mastering process. Watch this space! We have a gig in Bishopsgate Hall on the 25th of March if you fancy it? Info/sounds @ www.myspace.com/tomaschallenger.

A bad back week

Looking forward very much to the Loop festival. Aside from playing with new music with Outhouse and for the first time ever with The Riff Raff, 'MA' will be performing on saturday night in front of the old BBC's mics. Very exciting.

This week has been pretty crap for me...did my back in on monday night which has meant nuff bumming about (I've actually been penning some new tunes), blowing out Outhouse rehearsals...RUBBISH. Been listening to lots of tunes:

Got to try and rebuild my back now...will be writing more v. soon about some new things coming everybody's way.

Love to all
Posted by Tom Challenger/Brass Mask at 05:21 No comments: